Durable functional wear are everything for an active family. Which is why the clothing company Tuxer sent a family to test their upcoming winter collection at Branäs ski resort, - This feedback is valuable and helps us develop clothes faster, says Andreas Robling, CEO.

What difference can a large and active family really do for the development of a collection? The answer is "everything" according Tuxers CEO Andreas Robling who sent an active family to test their clothes in Branäs slopes.

"When we create clothes for active families, it is important for us that we deliver what we promise. In some cases we are not 100% sure if a functional garment is successful until after the end of the season when we evaluate each product group. But by asking one of our most active test families to try out the new collection before it ships to stores, we can correct features and solutions before the season starts. That kind of insight is very helpful." Says Andreas Robling, CEO of Tuxer.

Those who carried out the test are one of Tuxers experienced blog families (also called Active Families) – Åmålsfamiljen. The family consists of mom Elin who is a social worker and a leader at Friluftsfrämjandet and the father Andreas, who works as a teacher and a leader in parkour; together they have the children Agnes, Irma, Greta and Salim. They are experienced skiers and wear out clothes to the extreme which makes them the ultimate test family for this project.

The tests were divided into three separate parts; skiing, coffee break and free play. The idea was that the function of the garments would be measured by physical activity, sitting still and external stresses like play and fun. This way, they can see which garments that insulates heat, have the right technical features and which material works best.

After the test there were a few improvements in the collection. Some jackets got reduced padding for increased mobility and a lightweight jacket would be made into a shorter model. When Tuxer themselves evaluated the weekend's test Andreas Robling discovered that the trials of the garments surpassed their expectations and they got more out of the test than previously thought;

"We have worked with product testing in many forms in the past but have never realized how valuable it actually is to just observe the family using the garments. We noticed that there are more factors at play in the test than just the physical activities; like spillage, crying, eating on the collar and zippers while their parents throw themselves to the right and left to catch up with the kids. The insights we gained are incredibly rewarding for the production and these kinds of observations are something we encourage other companies in our industry to do too". Concludes Andreas.

The test family also runs a blog where they openly review clothes and share their active everyday life. Read their post on the product test at Branäs here.

This year we were sponsors to Hälsoloppet – a race arranged by Huddinge AIS and Ronald McDonalds Housing.

Half of the surplus goes to building houses for families that have sick children in a nearby hospital.

In this video we have captured runners from the race Miniloppet, a race for the youngest contestants on 300 meters.

They tested their own clothes

- all the way to the top of Kebnekaise

It’s nothing new that companies test their own products. The clothing company Greiff’s with the brand Tuxer chose to do so with their employees while climbing Swedens highest mountain Kebnekaise. What they didn’t know was that the weather conditions would put both the garments and their physics to a tougher test than they could ever imagine.

Product development and team building is not an ordinary combination but Greiff's CEO Andreas Robling saw an opportunity when he and his brothers planned a late summer kick off. They wanted to test their garments functionality and durability along with their employees' spirit and physics up to the top of Kebnekaise.

"We thought it sounded like a fun way to deepen our knowledge of our clothes as well as strengthen the ties between employees in the office," said Andreas Robling, CEO.

The company that promote an active lifestyle on their website and in social media normally use their Active Families to tests their garments durability. Which act as ambassadors for the brand.

"It was about time that we ourselves lived up to our message," Andreas continued.

The hike had been planned for quite some time and they’d hired an event company to guide them to the top and back.

“We were prepared. Most of the company's personnel are first-time hikers so planning was the key to success. We had equipped ourselves with clothes that suited different weather conditions and we thought a lot about using layers", says Andreas.

The walk started in Nikkaluokta where the excited and somewhat nervous employees of Tuxer gathered to hike their first 14 kilometers to Kebnekaise. It was not easy for everyone to get there, with various ailments there were a couple of employees that had to give up early on the dream to reach the top.

“Of course we knew that many had injuries and ailments from before, but we are pleased that everyone was so happy and wanted to make the journey anyway," said Andreas.

"What is so exciting about this kind of hiking is the energy we give each other. It is incredibly demanding physically which means that our mind plays a big role in whether we can continue. It’s amazing how close we get to our colleagues but also ourselves."

The team had chosen to walk the western route, which was said to be the least technically demanding route, but instead it turned out to be very demanding physically - especially when they, on their way back, got caught in a snowstorm.

“Well, we were there to test our clothes and we sure did during the blizzard” Andreas laughs. “When we were in the valley we took a break and tried to remember what we had learned from our families (Active Families). We changed out of our wet clothes and ate so we got new energy to walk the last bit”.

After 11 hours the first team was back at the station while the last group came in after 16 hours due to a knee injury.

“We were unbelievably lucky that our guide Jonas was so proficient. He, at several points, carried one of our colleagues that had injured her knee during the hike.”

Despite setbacks, bad weather and some injuries among their employees, Andreas explains that everyone were still happy with their performance and many would be willing to do it again - under better weather conditions.

The clothes use and function were evaluated after their top tour and Andreas explains that they now will implement some new changes in their future collections;

"It emerged various challenges with the garments that we have not discussed before. For example, we came to the conclusion that the cuff on one of our jackets were totally unnecessary because it became so wet and took a long time to dry, which is a really bad thing if you are going to be outdoors for a longer period of time. We also noticed that additional ventilation of the garment beyond the membrane is important in more physical activities”

He continues to describe how successful this type of activity was for their product development and the realizations about how the garments are to be used.

"We learned a lot on the way but something that has been of particular importance is the use of layers. It is the alpha and omega of hiking to have a good base layer of synthetic material or wool that repels moisture and sweat from the body. The layer above varied depending on the weather but we used fleece sweaters to keep warm. The last layer must be wind and if possible rain resistant. In our case, we were a little surprised by the blizzard so at times we used all the clothes that we had packed and a rain jacket on top of that which did the trick"

Finally, Andreas and the team want to thank some buisness colleagues for their contributions of equipment where their own collection wasn’t enough. Thanks to Swedemount for the backpacks and Exani for great hiking boots. 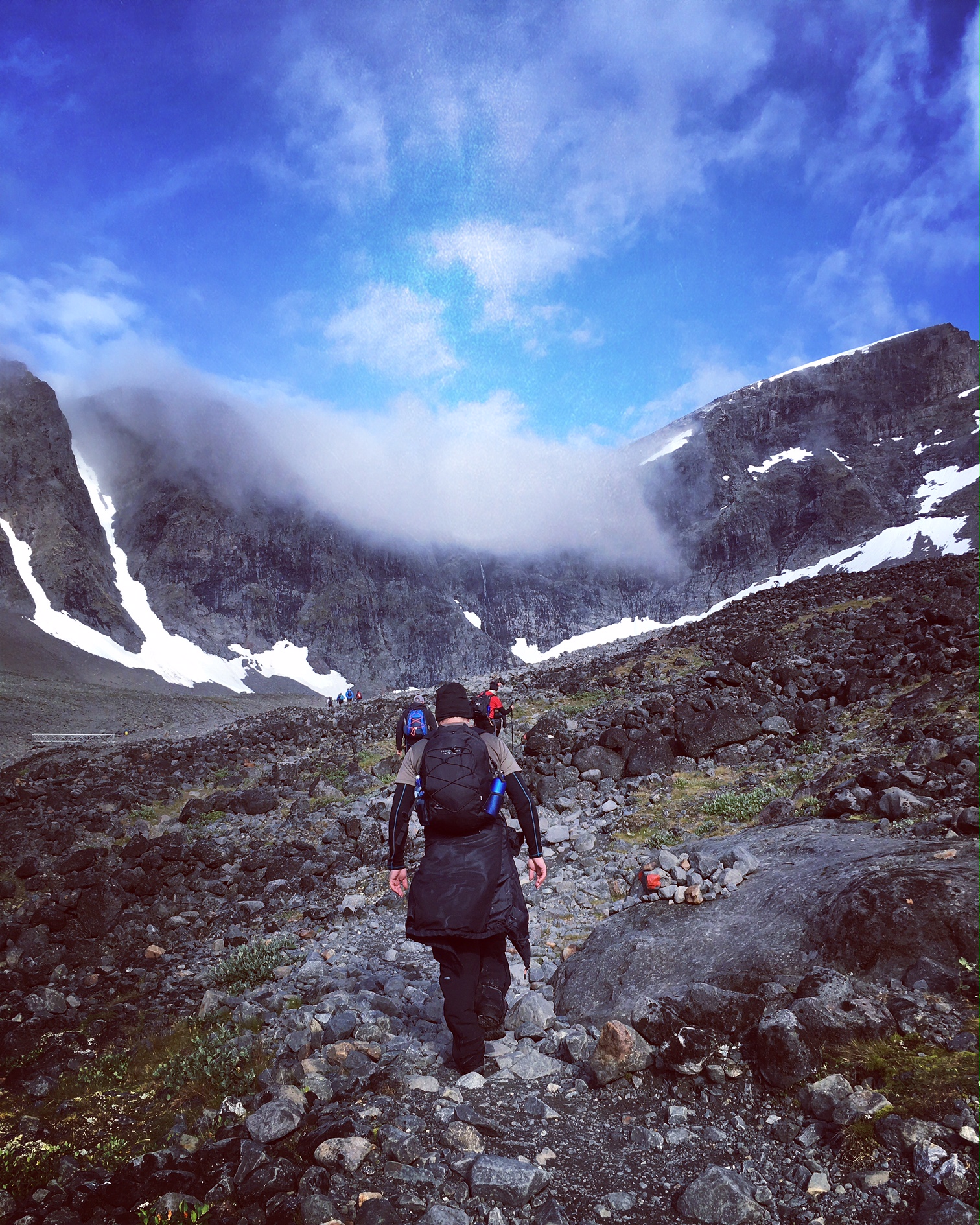 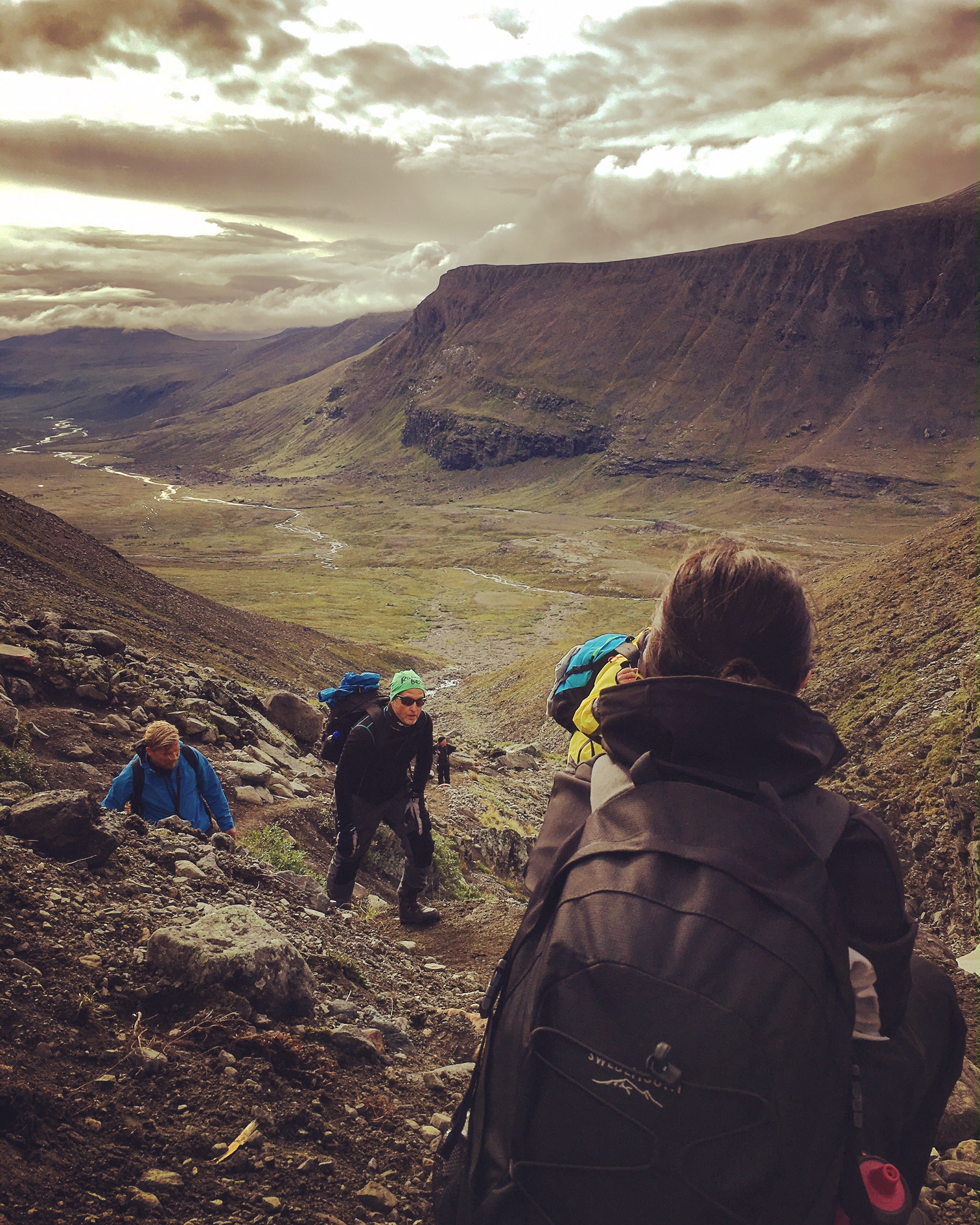 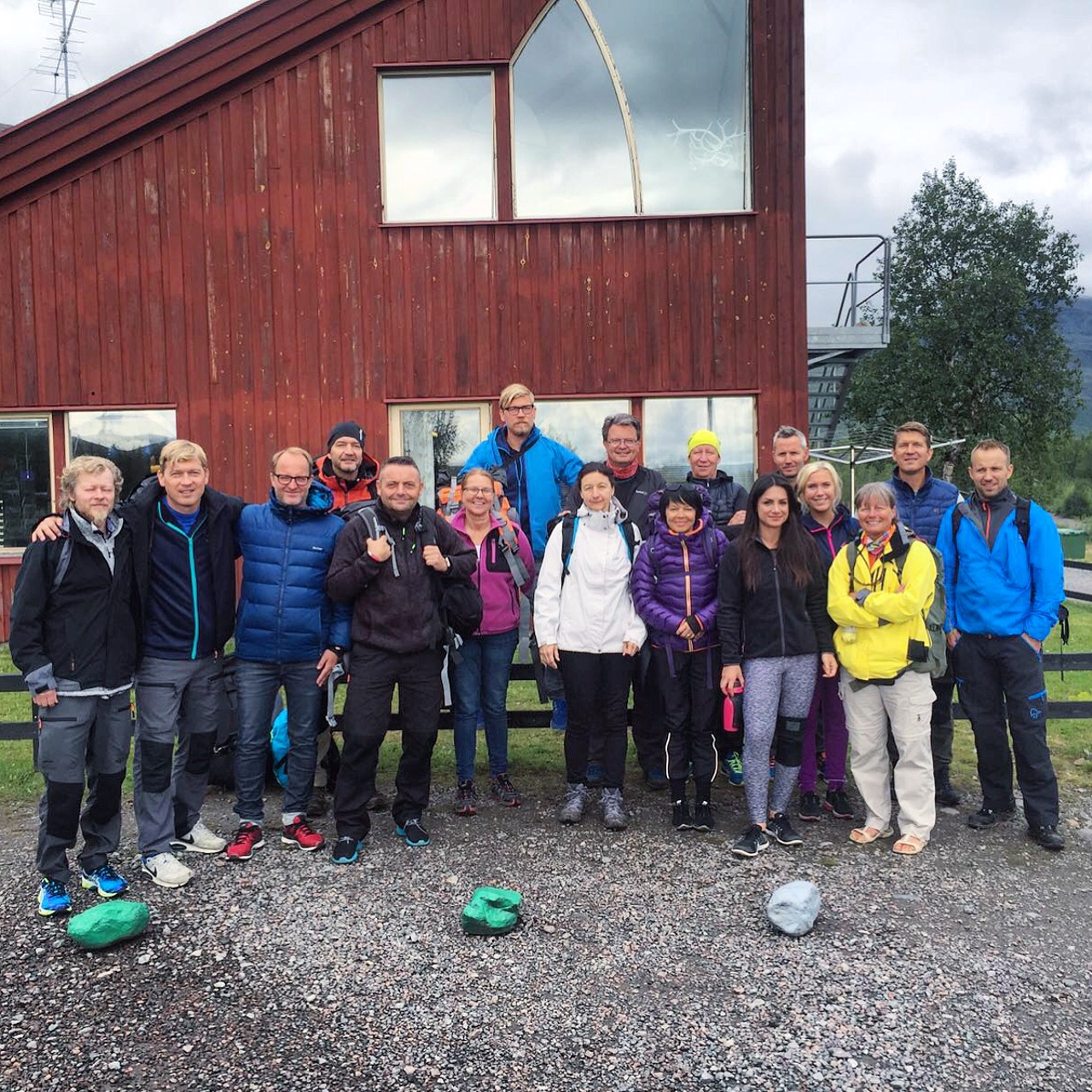